View work in the Collection 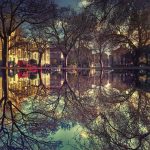 Hugh O’Conor is an award-winning Irish actor, writer/director and photographer. He exhibits regularly at the Royal Hibernian Academy, Dublin, and the Royal Ulster Academy in Belfast. He was shortlisted for the inaugural Hennessy Portrait Prize at the National Gallery of Ireland in 2014.

His work has been featured in the Irish Times, the Sunday Times, in magazines such as Calle and Le Negatif, and online at My Modern Met.