Paul Funge was born in Gorey, Co. Wexford and studied at the National College of Art and Design, Dublin. During his time at NCAD he was awarded an Italian Government scholarship to study in Florence, he also won many Royal Dublin Society Awards for painting.

Click on the images below to view them within the Collection 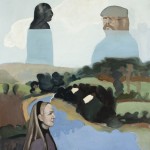 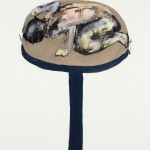 Man Lying Crouched On A Mushroom by Paul Funge 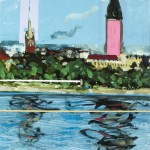 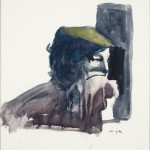 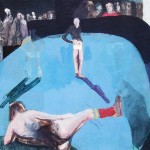 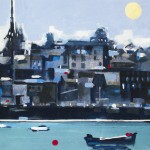 Wexford In The Way by Paul Funge

Assisted In The Establishment Of Art Centres

Funge has contributed to the Arts in Ireland in many different ways but he is best known for his portrait paintings and his sitters include Colm Tobin, U2’s Adam Clayton, Frank McGuiness and many ministers and academics. He held his first solo exhibition during The Wexford Opera Festival and has exhibited worldwide in places such as Amsterdam, Murcia, Zamora, Madrid, Santa Barbara and Sao Paolo.

Funge’s career was not based solely as an artist, he was also an important figure within Arts Education. He has taught in many colleges in Ireland and abroad including National College of Art, Clongowes Wood College, Newbridge College, University of California Santa Barbara, Kunsthistorisch Instituut Amsterdam and was director of the Waterford School of Art.