Alan Ardiff is an artist and jeweller working from his studio at The Design Tower, Trinity Enterprise Centre in Dublin . Using combinations of gold, silver and gemstones in his jewellery and various media for his art pieces, he continually strives to maintain an exciting and wondrous edge to all his work. Garnering inspiration from aspects of daily life and nature, Ardiff produces artworks that possess an air of simplicity infused with humour.

See “Taking a Step Forward” within the collection 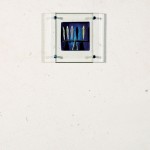 “I have been day-dreaming most of my life, creating work that is both wondrous and sometimes wise! I create my jewellery from a combination of gold and silver, with a number of the jewellery pieces incorporating kinetic parts; birds swing, stones rock and hearts roll! I see my work as miniature works of art and all my pieces come in stand alone frames which I sign with their own title. I also like to work in a number of art media; bronze, etching, print, painting and wearable art pieces.” – Alan Ardiff

The Seven Wonders of My World, Rubicon Gallery, Dublin 2, 1997

Badges for the EU Presidency in Ireland, Department of Foreign Affairs, 2004

Presentation Pieces Made by Alan