Dublin born Mary-Ruth Walsh received a B.A. in Fine Art and Art History from the National College of Art and Design Dublin and a Masters Degree at Goldsmiths College University of London. She has been selected for exhibitions nationally and internationally and was awarded the Artist’s Residency Programme in the Irish Museum of Modern Art (IMMA) Dublin. She constructed an unusual outdoor performance / exhibition titled Real E-State relating to housing, e-commerce and Jonathan Swift, later shown in CUBEOpen, Manchester. It was supported by IMMA and the Arts Council of Ireland. Walsh co-curated with David Mabb (UK) the exhibition titled Utopia Ltd of UK and Irish artists shown in Wexford Arts Centre and travelled to the Highlanes Gallery, Drogheda. Walsh lives and has her studio in New Ross.

Mary-Ruth Walsh’s work explores ideas of human interaction with architectural space and the manner in which it affects the way we move and behave. The work reveals overlooked or unseen details of our relationships to space through acutely observed drawings, film and sculpture. One of her solo exhibitions related to Eileen Grey (born Enniscorthy) and was titled Strangely Familiar Shades of Grey. Itplayed on Mary-Ruth’s engagement with the creative marvels of malleable functionally of Gray’s architecture and her houses Tempe a Pialle (translates as ‘time and straw’) and the iconic E1027.

Her work is also an exploration of architecture as identity both in the urban and rural sense. Furthermore some of her works and drawings, in a lateral reference to our experience of the world through two-dimensional imagery for example, web and magazines imply a substitution for real experience or real time. Hence, if the viewer chooses to stay and engage with the work, some of its uncanny aspects become apparent and the ideas in the work begin to tease themselves out.

Click on the images below to view ‘Still Life’ within the Collection: 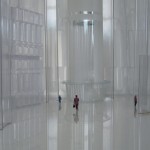 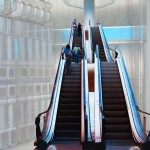 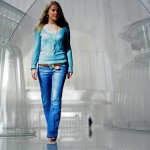 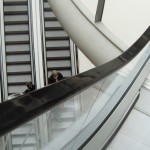 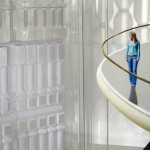 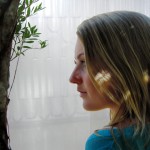 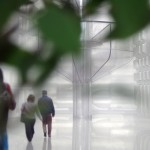 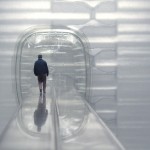 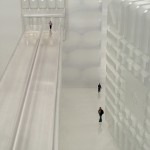